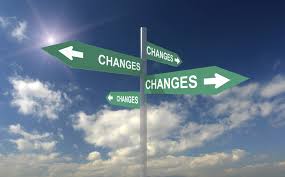 Old is gold is what we say. Who needs change? Why can’t we keep things the way they just are and live a simple life? Well, it’s because there is no success without change. Success comes with the choices you make. And when you make choices, you change the course of your life. Hence leading you towards your goal. But its human nature to resist changes. However we eventually accept the reality and adapt to it.

A text message popped on my phone one day. “Wataniyya is now Ooredoo!” I was like, WHAT! “Ooredoo”? What in the world is that? That is so odd and silly. Wataniyya sounds so much better and nice. When I said these things out loud, my sister, who was unfazed by the news, simply said. “You will get used to it. Everyone will. Its just our nature to resist changes. But they will get used to it.” Wise, I thought. And I couldn’t help agreeing with her too. Those days the newsfeeds of Facebook was filled with outburst from a great number of people. But look at us now. So used to Ooredoo that we almost forgot about Wataniyya.

Speaking of Facebook, remember the time when Facebook was without a timeline picture? I was so used to the old fashioned way, that I only changed the settings long after it became mainstream. The change from the old page design to the new one was a difficult adjustment for me. But most people loved the change and immediately set their profile according to the new version. 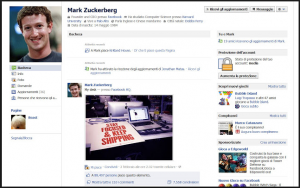 Similarly, when I first started using Windows 8, it was very difficult. I kinda hated it. I was so used to Windows 7 and its navigation that even when a much user friendlier version seemed so difficult. And there’s my friend who got a new phone. A much better phone than her old one. But she couldn’t stop using her old phone because she was so attached to it. But once we get used to new technology we don’t want to go back, do we?

When your favourite teacher leaves your school permanently and she/he is replaced by someone else you start to compare them. You were so attached to the other teacher that the things that the new teacher does irritates you. The way she solves equations, or the way she gives the explanations annoys you. You miss your old teacher so much that you start hating the new one with no reason at all. Eventually some students will adapt to the methods of the new teacher and get along nicely. However some will be holding a grudge against the poor innocent teacher. Who knows? The new one might turn out to be much amazing.

Some people are unable to experience the joys of life when they don’t want to try new things. Let’s look into a tiny example. Like ice-cream flavours. There are people who eat one type of ice-cream their whole life, because they just think other flavours would be distasteful. They drink only blueberry flavoured Jugo because they don’t want to risk getting a bad taste. Also, chicken is preferred by some people, because beef looks gruesome to them. But how do we know without trying for the first time?

So we do resist some changes, don’t we? Well I’m not saying you should change because your life may be perfect without any alterations. But life is beautiful with some changes, isn’t it?  That’s why we love when a caterpillar changes into a butterfly.