I am bored and I really want to write about something. So here are some stories that I once read. 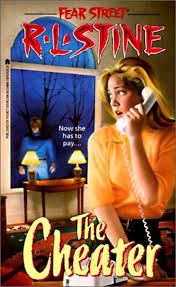 When I was in primary school I always see my brothers reading this book which they got from the Library. So when I was in grade 8 I started to read this series which was written by R.L. Stine. It was pretty exciting at first but later, after one year or so, it became a little bit childish for me. Because it was the same thing over and over again. In every part, there would be the bad guy who will appear in the first few pages of the book. He will be the last person you would expect. But it will be kinda predictable. There would be some “psyco killing spree”. Like I said, it was exciting at first and I really enjoyed it but it got outdated for me.

Goosebumps was also written by that author but I didn’t find that book that much interesting as it was written for much younger kids. However I do remember reading a book from that series. It was fun, since there were clues written at the bottom of the page and you have to choose the next page according to the instructions given. 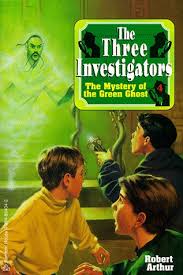 This was a brilliant series. Maybe because the protagonist was intelligent as anyone can ever be. I had the first part of the series at home and my brother got me the other books from the Library. This series is about three friends who start an investigating club of some sort. It was really interesting as they each has a secret symbol to draw on walls when they go exploring different areas. Each of them draws a different coloured Question Mark as their symbol, indicating that they had been there. This was really helpful as one of them got lost and others were able to find him because of it. (forgive me for my memory is a bit fudged.)

*sigh* love the days I read this. I remember going through this series in the AEC library. It was on the first shelf, right next to the windows on the corridor side. Don’t know how the place is rearranged now. It was well,, how do I put it….hmm..a cute series. I still remember the author! Carolyn Keene. I read some elder version parts as well.

Then there are the Lizzie Mcguire and Michelle series too. Oh and lets not forget the glitter girls’ secret password “GG”. Haha miss you my glitter girl fan, S. Just love those stories as well. I love the reading time where we take the stories from the reading box and read for 10 minutes every day before the class starts.