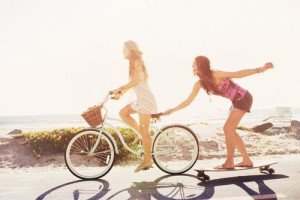 Last few nights, Lily and we played Gandufilla at night. It was really fun. Lily couldn’t stop with her moisty meaty butt theory.

Actually we played Gandufilla after we came from watching The Dhamuhingun . Lilly was too scared come so I went with mom and Lily’s mom. We didn’t stay long because Lily wanted to play.

Ok now, let me tell you about the perfect yesterday evening! I and Lily went for a bicycle ride. We often go for rides near Shonda’s house, The House and Mandy’s house etc. She begs me to go to Veligandu but I’m a chicken because there are a lot of people. But yesterday I didn’t  know what came over me, I didn’t know what changed my mind. Maybe I felt guilty or maybe I wanted to digest all the sugars I ate from the cotton candy. (oh and this Eid I did eat a lot of popcorn too)

When we went to Veligandu, I was surprised to see only a few people. So I breathed in the warm evening air and I let the sun warm the left side of my face. I let my legs do some exercise while we sang along an edited version of Taylor’s “you belong with me”

And I’m on the bleachy”

The veligandu was so big but since, it connected two ends of K.ffushi, the island seemed so small. After we rode along the long road, we turned back and rode a little way near the sea (not so near). Near enough, to see its inviting blue-green colour reflecting the blue sky and the sun.

Lily convinced me to wet our feet. So we went to the shore and waded a little. Then we sat down and just stared across the ocean. The feeling I got when I was riding the bicycle was pure happiness. Before that day, I did not ride bicycles for joyrides like that, especially at the beach. It reminded me of stories and movies. We were like close sisters and we already have secrets to share. It was so fun, I’m so glad she came this time.

I hope we get to go for a swim someday soon. A Hanimaadhoo trip is likely since Zozo and others will come in December. It will be fun. 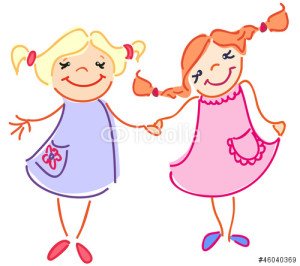 So I dug this up from the archives, ’cause I need to harness BlogFuel.

I just came from Fajuru prayer with my mom. Today Zozo didn’t come ‘cause she wanted to sleep a little more. She went with me yesterday though.

Yesterday, after we came, we went to ride bicycle. I showed her THE LIGHTPOST. We also rode on the pavement which was pretty exciting.

After riding it for about 10 minutes, we went to eat something. Actually she just drank a Milo packet and listened to R.M talking to a friend. I made a hot Milo and ate an Oreo while watching Switched At Birth.

Today I felt like writing because there is privacy. As I came walking down the road just now, I thought to myself, “wow so peaceful”. I have missed so much all these years. I saw the childhood memories when I saw Little me, walking in front of me with Lavaisdhaath, Shahy and some other kids. I wish I could have kept going to mosque all these years.

Let me tell you an adventure I had with Zozo yesterday. We went to The House. There was a rope hanging from the ceiling. We made it like a swing by putting cardboards and sacks.

It was so fun swinging it and playing there. We took Zozo’s ipod so that I won’t get bored. I played games while she swung.

That house was taking shape. They even started putting tiles. The bathrooms were beautiful. I liked the tile pattern on the ground floor. Suddenly, I remembered about the camera on the ipod. So I started snapping shots of the tile designs to show it to others.

We went to the second floor and sat on the balcony and took photos of me and Zozo. There were no railings so we just sat down with our feet dangling down.

We took photos of ourselves while pretending to fall of from the balcony.

I had a blast. It was so much fun!

Gosh! Good days they were! I’m glad I wrote about it.

PS: I think, back then, the word “selfie” wasn’t so mainstream.