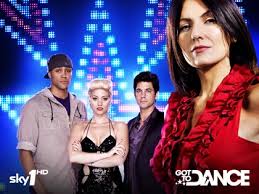 Let me say the two Eras you have to know if you are reading this: Song-Addiction-Era and StarWorld- Addiction-Era. I used to love American Idol during the Song-Addiction-Era. After that I wasn’t so enthusiastic about that show. But I have to admit some auditions were still fun to watch. Plus Ryan Seacrest is so hot, you never get bored by looking at him.

I don’t get a lot of time to watch TV nowadays because A level pretty much eat up most of my time. I used to watch Star World so much that the commercials got stuck to mind. I think it was my brother who (unintentionally) created this interest in me. Let’s say the Star World Addiction Era was when “Jane and design” was shown. Wow, was that 2 years ago? Time really flies. So, basically, my most favourite shows were/are Master Chef and Got to Dance UK.

I loved MasterChef Australia more than US, because it was more vibrant and people were so cheery, optimistic and they never cursed as far as I remember. I hated MC US because Gordon Ramsay yelled at the contestants and I felt like he lowered their self-esteem. But later I stated to like MC US because it started to get interesting. The way Ramsay trained the chefs like soldiers for an army was so entertaining. Moreover, the group challenges were awesome too. It was so full of drama and it has this thrilling effect and you just had to stay glued to your seat until the end. (the same thrill sensation comes during ‘Apartment Style edition too’ haha )I enjoyed the MC Australia kids season as well.

Speaking of food, do you like cupcakes? DC cupcakes? Because I enjoyed watching that show. I love how they start from scratch and complete a giant cupcake model. No matter how many times they screw up, they always get it right in the end.

Got to Dance UK is epic! I’m sure anyone who has seen it won’t agree to disagree with me on this. I just loved those dance moves, especially the talented kids somersaulting wildly. I love street dance, hip hop and sometimes tap dance and ballet as well. But pole dance? Pffff no thanks. I love the Judges too, they are so fun to watch.

Among the series, I loved Jane and Design, How I met your mother and friends. Before I started to watch the latter two from computer, I got to know them from TV. Switched at Birth was also first seen from TV. I thought I would like Cougar town because Monica from ‘friends’ starred from it, but I didn’t find it that entertaining. Back then I didn’t know what ‘Private Practice’ was all about and I thought it was a weird name to give to a series. It was only this year I found out that it’s a little bit related to Grey’s Anatomy. 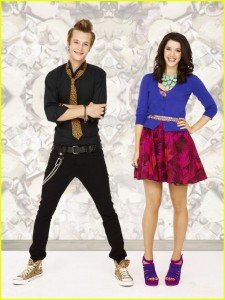 Glee was a really popular show, but I didn’t find it that amusing. However, I did like Glee Auditions a bit. But that was also during the Era of Song-Addiction.

All in all, my favourite TV show genre is food and dance. That’s why I like ‘Street food’ from Natgio too. From the NG channels, I love Natgio People. It is….oh well it’s a whole new story..later 😉