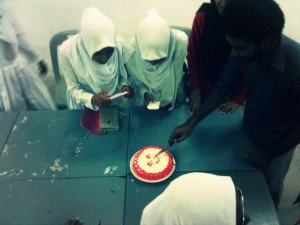 2014 had been a bummer at first, but then life took a good turn. Especially since I made this blog. I became a much happier person, maybe because I’m sharing things, I don’t know. True, unfortunate things have happened after that but I learned how to push those things aside be happy with what I have. “Pain is inevitable, Suffering is a choice” Malcom Merlyn quite inspired me when he was training Thea. So anyway, don’t let life crush you down. Rise above and shine brightly! Now let’s see the highlights of the past year. 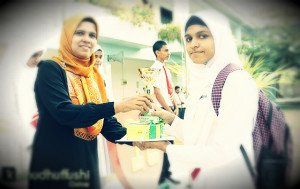 Kulhudhuffushi Online had been conducting a story competition every year for the past 4 years and I have won a prize every time except last year (2013). It feels really good to see your story published in an online newspaper with your name on it! I got 2nd place in the Junior Category in 2011, 3rd place in 2012 and 1st place this year. And I’m glad I earned that prize. Since I will be out of this school, I won’t be able to participate this year. So I’m really glad I won 1st at least in one year.
Poem making Class

I have always wanted to make poems in Dhivehi. But never got round to do it and I thought it would be a difficult task. But our awesome teacher, Adam Zahir (Kurolhi Zahir) proved otherwise. It was a 2 day course, a total of 8 hours and I made my first five verse poem after 4 hours of learning! It was called “Jeeluge Dharing” 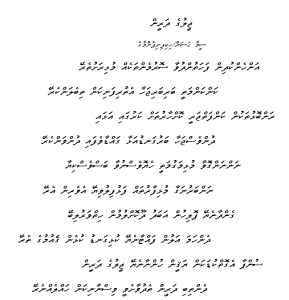 I remember auditioning for a madhaha competition at a lower grade. This time, the difference was taking part in a group madhaha. It was so fun! I remember those early Ramadan mornings when we groggily made our way to school for practice before session begins at 9 AM. Most of the times we were the first groups that arrive so we get the Hall first. Practicing the group madhaha was so much fun! When one of us fails, it ruins the entire thing so it was kinda thrilling, even if it was a bit exhausting as well. All the hardcore practice payed off since we won first place from group madhaha! Yeah baby yeah!

The best thing about a good first place is the party that you will get. Our kind Suneetha miss gave us submarine one evening. Boy that was one epic get together! The jokes, teases, crazy truth or dare rounds and the “animal zoo” was absolutely hilarious! And our most awesome MH sir taught us how to cut a cake that day. 😉 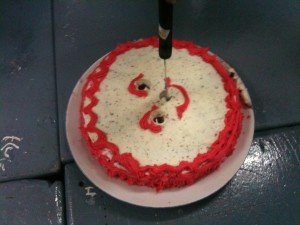 Another awesome thing is getting the opportunity to be part of the National Anthem Video of our school. I was asked to go wearing the second uniform because they wanted to include all types of uniforms in the group shots. It was so fun! In the video you will see a very serious group of Maldivians reciting the anthem. (not disrespecting the anthem) Behind the scenes we couldn’t help laughing. I tried so hard to keep a straight face but it was so difficult! At one instant the cameraman ran across us, climbed up a chair and put the camera up so close! Anyway it was a wonderful experience and I feel great for having took part in it. 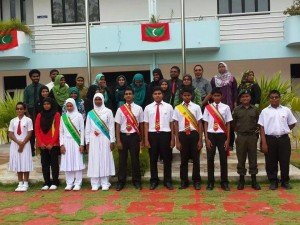 I went to Bandos for a leadership camp in January 2014.  But I will talk about it later.

Then there is the Earth Hour and Autism Festival. I’m glad I took part in it ‘cause it was about working with different types of people. And it was a different experience.

Oh and then there was the food poisoning. At least I know how that feels like so on the bright side, it was an experience too.

Oh and December had been quite eventful. I participated in this 5 day program from Success Factory where they teach you how to prepare for interviews and job related stuff. Now I know how to write a decent CV.

Oh and the event by MRC on 26th Decemeber was quite awesome too. It feels great to do things like that. Wish I could get enough time for those works. And also the recent “BackToTopic” meetings are the most awesomely awesomest thing 😉

Some new people have been added to the list of friends. Hope we stay friends forever 🙂

PS: I have omitted the crappy parts of the year. Why bother. What has happened, happened.