We went there on the same day as the day of the Sankein Garden visit. You know, where the tea ceremony was held. Well it was later that day we went to this Museum.

It’s all about science and technology. The most advance technology that I have witnessed. There was a robot who talks! How much more advance can you get. Well people have invented mind blowing things than that probably, but the talking robot was pretty awesome. 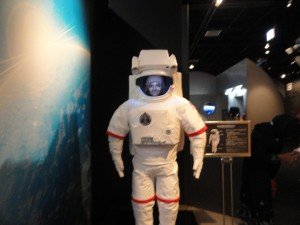 Then the next thing I saw was this big space suit. You can climb on something like a step ladder from behind it and poke your head out the suit like that. It was really cool to take a picture in it.

Then there was this incredible flight simulator. After all those comp classes of simulators and CAD and such, it was amazing to see one for real. Scratch that. TRY one for real. It was these great side effects and everything which makes you feel like you really are in a plane. It’s more like a 3D game where you had to take off and take check points. I crash landed on to the sea, as far as I remember. I heard there was a helicopter simulator upstairs which was way cooler but didn’t get enough time to see it. Actually the line for this flight simulator was pretty long so I had to wait forever for my turn. I didn’t want to go anywhere else, for I feared I may never get this kind of opportunity ever again. So waiting for my turn in the simulator pretty much took all of the time we got.

But I did manage to see some other parts of the museum like this bazooker-thingy. 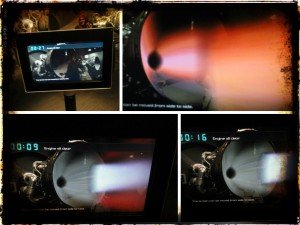 This museum is actually divided into 7 zones

So I guess I managed to see the Aerospace exhibit only 🙁 minus the helicopter part :’(