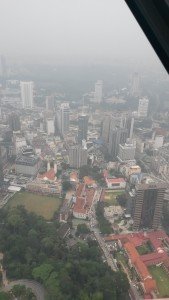 We went to the KL tower. Wasn’t at the very best state so couldn’t enjoy as much as I wanted. The tower was so tall! In the elevator as we went up, it didn’t seem as if we were going so high up.

At first they took our picture which we got later in a very pretty glass cover. Bought some postcards which were just 1MR. We looked through some cool binocular thingy which allows you to see the view outside.

After the tower we went to Subway to eat an awesome sandwich. Unfortunately I didn’t have an appetite, thanks to that stupid dizzy Izzy, so I took one home for later that night.

The road trip ended with queasiness and I rested. The midnight however was blissful. I was feeling way better. It was so peaceful and quite and it felt like you got the whole world to yourself. The view outside the semi-lit city was just incredible. It was a perfect time to write something…and I did. 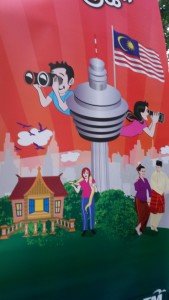 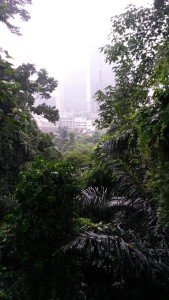 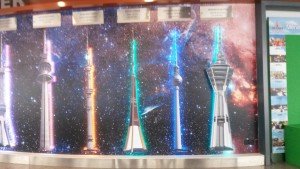 If I recall correctly, the following day was Hajj day and decided to go for the first ”international fast”.