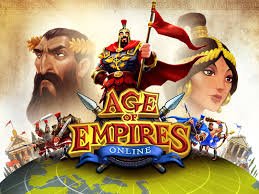 There’s no denying that I love games, but that doesn’t mean I spend most of my time with a joystick. I choose not to spend my time in the gaming world. Because it’s addictive, and too much time spend in the gaming world is a little bit headachy. But I don’t hate games.

When I was a kid, this folder was one of the favourite. I remember the alphabetically arranged games:, Acrobat, Alex, James Bond, Pocahontas, Prince etc. One might think those are silly little games but I loved them.

These were awesome too. I love small less complex games like these. It relieves stress. Remember FNXE? :3 haha that small black ninja. I loved Volley, Tennis, Slackers, Snake etc.

Among the “big” games, this and Sim City are my favourite. Both games are similar. We have to control human beings and shape their lives. It was just so fun, building houses, creating armies and fighting the bad guys!

This is my favourite cartoon as well. Ever since I watched this cartoon I have always wanted to play the game. It was much later I got the game. I played it on a PSP as Kimiko, my favourite character.

I liked Vice City and San Andreas as well. I love to play with cheats. I loved selling ice creams in that ice cream truck.

I have to admit that I don’t like reading the instructions before playing the game. Because I’m too lazy and impatient when it comes to computers. So I just press Enter Enter and learn how to mess with it.

Oh and there is just one game in my phone. Because I’m too lazy to install anything else. See how lazy I am?

I just remembered playing wrestling using a joystick. I remember selecting Jeriko haha. Also, Street Fighter, Need for Speed and Little Mermaid as well. About football…hmm..I did play a bit  and well I like Penalties.

I do love those ‘silly’ ipad games designed for little kids. You know, the games with dress up, make up and baby doctor stuff. Its so fun.