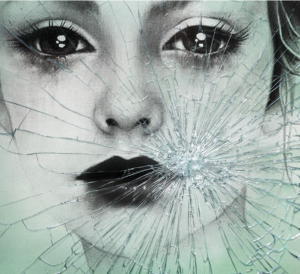 Zack. He told me I was the one. He told me he never felt this way about anyone other than me. He told me that he would stick by me no matter what. He told me we would be for forever. And I believed him. I loved him. He loved me too. At least I thought he did.

I have been living in this crowded single bedroom apartment for the past 5 years. We all sleep in the bedroom except for my brother who slumbers in the living room. It wouldn’t be a lie if I say that my family is quite broken.  Because my mom and dad split up five years ago when I was 8 years old. After that, that bastard got married to some chick who is half his age. Now my mom has to look after her autistic 5 year old son all by herself. And my brother is more like a zombie than a normal human, almost always with a filter on his lips, which he claim to be Camel light, but I bet you a thousand bucks that it’s not. My sister who turned 18 this year already had two abortions in her lifetime.

I hate my mother. Cause she never seem to have any time for me now. She didn’t care about me. So an invisible wall started to build between us.

At first it hurt. It hurt like crazy. I was so used to being loved and so accustomed to being provided with whatever I asked for. It was the stupid divorce that messed everything up. Ever since then, I felt like my mother withdrew from me.

I was so lonely throughout my middle school. I withdrew myself from studies and my grades dropped, but nobody cared.

I entered high school this year, with no hope of getting a good education. I thought I will suffer like I did all these years. But everything changed. Everything started to brighten up since I met him. Zack, my first boyfriend.

I’m not sure what made me attracted to him. Was it the fact that he was so rich and handsome? Or the fact that he had a 10 story apartment?  Maybe it was because he listened. He listened to all the crap I had to share. It was as if I had been drowning for 5 years and he saved me.

Every day after school, we go to his place to hang out. His “high rank” parents were not that big of a problem since they work long hours and barely reach home. If they happen to come home when I was there, I quickly dash to the bedroom to hide. But seriously, his parents are the least of my worries. They barely talk to him. Never even check the bedroom to see if he’s home from school. We had so much fun sneaking in and out of the house unnoticed.

The best thing was, his parents let him host parties whenever he wants. So every weekend he throws a “party” and all his friends come to hang out. They were all Zack’s age, 3 years older than me. And all their girlfriends come too. I felt so excited to be among such cool group of people. It was so surreal, I felt like I was in a movie. It was from one of those parties that I met Izzy, who later became my bff.

Soon, shopping and late night walks and partying became such a frequent habit. I had never felt that alive. The great thing about having a rich boyfriend was, not having to worry about money. Heck! He gave me an S4 on my birthday!

Being with Zack made me see life in a different perspective. For the first time ever in my miserable life, I felt blissful. He made me happy. I love going on motorcycle rides with him. I love staying with him near the sea shore. I love spending time with him in his room where he will cheer me up when I get depressed about my messed up family. It was so easy for me, because unlike some of my friends, I didn’t have to worry about my mom finding out. Because she doesn’t care.

My life soared through cloud nine as days turned into months. But everything started to go wrong after one wild party. Maybe we had too much fun or too much Coke because things started to get real fuzzy.

I woke up the next day feeling extremely hung-over. My head felt so heavy, I didn’t feel like getting up. I didn’t remember much from the other night. I looked at the clock, alarmed to see it was past 9! I was more than an hour late for school. I opened my phone to see a text from Zack saying “Happy anniversary! Surprise at school today. Can’t wait to see you. ‘Xoxo’ ”. Suddenly my mood lifted and I jumped out of the bed, feeling so giddy with excitement. I was so curious to see what he got for me.

I ran all the way to school grinning. The gate was open and the security guard was nowhere to be seen, so I sneaked into the school. First I went to the bathroom and waited for the bell for lunch time since it was just 20 minutes away. And no one will notice that I came late when the corridor is filled with people.

As soon as the bell rang, I walked into the cafeteria. I looked around to spot that long spiky hair from the crowd. I had been so preoccupied with finding Zack that I started to notice that everyone was staring at me in a peculiar way; some with a disgusted look on their faces, while others tried to keep a straight face. Izzy walked over to me and cried out. “There you are! I’ve been searching all over for you. Here.” She handed me a rolled up A4 size paper. “Anniversary gift from Zack” She snickered. Everyone erupted in laughter as I stood there dumbfounded. What was going on? What was on that paper? Do I want to find out?

Curiously I took it and unrolled it. I gasped. My eyes nearly popped out of its sockets. The roaring laughter continued as I continued to stare at that horrible photo collage of myself!

I looked up to see Zack. I ran towards him but he backed away. “Get away from me you slut!” He shouted loud enough for the whole school to hear.  It was that moment that I realized that it had all been fake. Zack was such a fraud. All that time he pretended to love me. He never cared about me for a second. He took advantage of me and  my body!! My eyes welled up in tears as I realized that I could never have my dignity back.

To make the whole situation worse, someone uploaded the pictures on Facebook and it is still passing from one newsfeed to the other. I am now renowned as the “Collage Model”. I have never been so humiliated in my entire life. I regretfully waited for my worst fear to become a reality. I didn’t want to turn into my sister. I prayed to God that I won’t end up in headlines as a “13 year old pregnant girl”.

That night my mother came to my room and sat next to me. I figured she must have seen the photos on the internet. Luckily no one was there except for our grandmother who was sleeping. I glanced up and was taken aback. For the first time in 5 years I really looked at my mom. Her face was all pale, her eyes were swollen and her hair all frail. Why didn’t I notice it before?  Was she sick or was that how she always looked like?  The more I stared, the bigger the lump in my throat became. I burst out crying and my mom wrapped  her arm around me. And we both cried.

Why didn’t I realize it? Why? How could I have ever thought that she never cared? Of course she cared. In fact, all she ever did was care for the past 5 years. She took care of us all by herself! I looked at my grandmother sleeping peacefully and the countless bottles of medicines on the dressing table. She took care of our ill grandmother when she had no one to take care of her. She was so busy tending to my 5 year old brother. She was too worried about our drug addicted brother. And she had been so patient about my messed up sister.

I had been so wrapped up in my own misery and loneliness that I failed to realize that she was broken too.

“I’m sorry.” We both whispered in unison.

I know it’s going to take forever to get over this humiliation. But I’m glad I’m not alone anymore.

We live in a hectic world. Often we get lost into the hustle bustle of our lives. We get wrapped up in our own pain and misery that we feels like we are all alone and no one cares about us. We start to back away further towards one corner and cry in secret. But the truth is, you have people who care about you even if you think they don’t. The truth is that, even they are so busy and so lost that they are hiding in some corner. We are sometimes taking all the burden to ourselves and feeling the loneliness by ourselves. But in the end when we open up to someone, be it your family or your friend that you realize that you both are in the same boat. That even both of you are going through the same thing. So don’t think that you are alone. You are never alone. There is always someone who cares about you and who looks out for you.

Keep smiling. Insha Allah everything will turn out great.

(Also: I had to stick to a word limit in this story so it might seem like its a bit compressed)