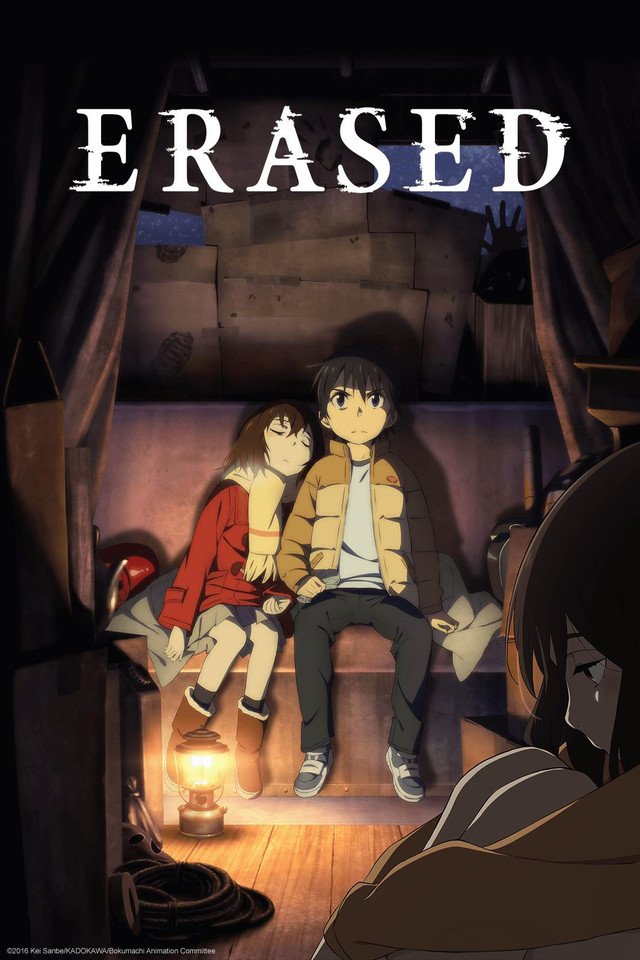 So I was just sitting the other day and thinking about random things. And out of no where I just felt like “I want to start watching Anime”. Just like that.

Now see, there are different people in my life. People who are hardcore anime fans, people who doesn’t like it, and people who have never really watched it. And I am one of those people who watched Naruto but didn’t really watch it completely. I mean I know the characters but I wont get 50% if you quiz me from it. I just watched the parts I saw from TV while some people downloaded it and watched it like True fans.  I even played the game which was really fun. My favourite characters were Ten-ten and Neji. Oh wait Sasuke too…and Naruto…and ummm everyone.

Isn’t it funny how sometimes you just start finding interest in things you never really seemed interested in? So right now its Anime time. And a great recommendation from a very true hardcore anime fan is “Erased” which aired in 2016.

I tried watching One Piece. But umm..to start with I would prefer a peaceful one. I’m not in the mood to watch a very action one right now so I am choosing Erased.

It’s about this guy, Satoru who reminds me of Barry Allen even though he couldn’t run very fast like Barry. Satoru has this phenomenon called “Revival” where he goes back in 5 minutes time. It happens because a bad thing is about to take place and so every time he frantically tries to figure out what it is and try to prevent it. Remember “Final Destination”? Where the person sees the upcoming events and tries to warn everyone? Something like that. He cant really control this phenomenon but it happens once in a while.

This is entirely not what the whole series is about though. He ends up going 18 years back and tries to solve a series of “tragic” events that takes place in his town.

I don’t actually like things like this. I mean, things which involve going to past and changing timeline. Changing events that occurred in the past to preserve the good things in the future. That’s so messed up. Barry Allen taught us that nothing good will come out of running back to the past whenever some thing bad happens. It will just mess up the timeline. Whatever happened in the past happened and you are where you are for a reason. We should accept and try to make the best of the present lives.

Anyhow, I like this Anime. Let’s see how this goes. And please recommend me something else to watch after this one.

Well before I posted this I completed this 12 episode anime. And it was great! He was able to complete his “mission”. I don’t want to ruin this for those who want to watch it so I will just leave it there.

So which level of Anime fan are you?