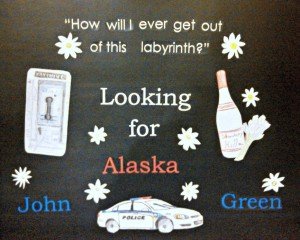 Have you read “Looking For Alaska” by John Green? In that book, the protagonist loves to read biographies of people. Remembering people’s last lines was his special talent. By last line I mean, for example, the last words of Thomas Edison were “It’s very beautiful over there.” That is the last thing he said. So because of this character I was inspired to read biographies of famous people. And so I logged in to www.biography.com . In this site there is wide range of famous and inspiring people from various origins, nationalities and ethnicities, both living and dead.

I scrolled down until I found a man in a prison uniform. So I wondered, there are biographies about prisoners like these? Intrigued, I clicked open and read the biography of a murderer.

Then I read about Rosa Parks, the women who refused to give up her seat on a bus which started a revolutionary moment to end racism. Because of her the law about segregation of public buses was lifted in Montgomery.

At the time, in the city of Montgomery there were buses segregated by white and black. White people were allowed to sit up front while the black has to go to the back. What’s more? The black has to give up their seat if there were no seats available for a white. And if they protested the bus driver had the authority to call the police and have them arrested.  How unfair. It lead me to think how cruel that time was compared to this. Well, even today, racism is still at its peak.

So one day while Rosa Parks was travelling on the full bus, three white people got on the bus. Three of the black including Rosa Parks was ordered to give up their seats. She refused while the other two obeyed. The bus driver called the police and had her arrested. That was the moment which spurred one of the revolutionary moment to end racism.

Here are some powerful quotes from her. The biography is worth the read.

“People always say that I didn’t give up my seat because I was tired … the only tired I was, was tired of giving in.”

“I’d see the bus pass every day … the bus was among the first ways I realized there was a black and white world.”

I have also read the biographies of Martin Luther King and Nelson Mandela. It felt amazing to read M.L King’s biography next, because he lived during Rosa Parks days as well and they were a bit linked.

I’m trying to find time to read more. Honestly, I have been trying to post this for ages, but time is the cruelest isn’t it. But here it is finally and hope you like it.

Oh and read the biographies often. It will enlighten your mind and freshen up your motivation

2 thoughts on “A New Found Interest”